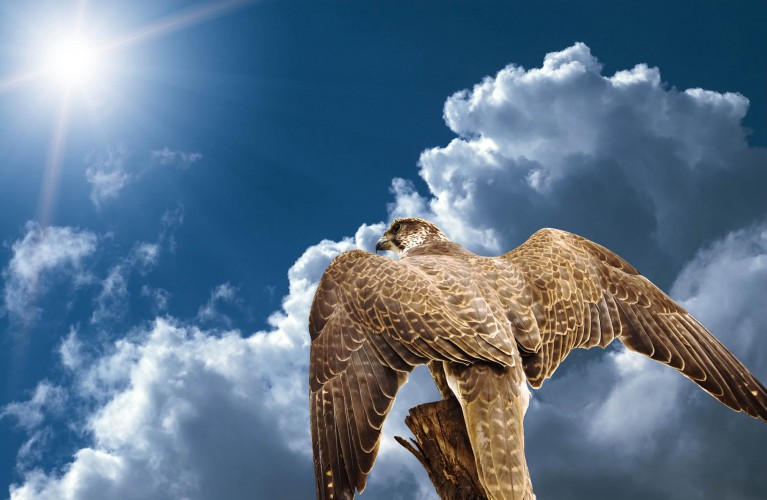 The air predators: the birds of prey

Birds of prey, also known as raptors, are birds that hunt or feed on other animals.

They are formally classified into two families orders: The Falconiformes, which includes all the diurnal raptors, and the Stringiformes which includes the nocturnal one.

In ornithology, one of the meaning of "bird of prey" is: birds that have very good eyesight for finding food. The raptors eyes are proportionally enormous. The birds of prey have the ability to see in colors and ultraviolet and have an eyesight eight times stronger that the human one’s.

The owl ear is a hole placed behind the cheeks and normally hidden by feathers. The owl hearing is very developed and because of that they can hear higher sounds frequencies that what we can. The ear is also very important to keep the balance.

The nocturnal raptors hearing is extremely developed; the tympanic holes are big in dimension, very close to the eyes and asymmetrical. Asymmetrical ear placement on the skull allows the owl to pinpoint the location of its prey. Behind the ear openings there are modified, dense feathers, densely packed to form a facial ruff, which creates an anteriorly-facing concave wall that cups the sound into the ear structure.

CAN YOU SMELL IT? …NO

Most of the raptors sense of smell has never been studied as it seems to be the less developed one.

In the centre of the hawks nostrils there is a small spiral fleshy growth that is essential to gradually direct air when the raptors swoop.

The raptors, which are predators or necrophagous, developed a strong beak for hunting and eat the prey. The beak for the majority of the Falconidae is the weapon used to kill the prey. It has a protuberance called “teeth” used to break the prey cervical vertebrae. The Accipitridae have strong curved talons for catching or killing preys while the beak is used to open the carcasses and the beak for tearing flesh.

DID YOU EAT HEAVY FOOD? NO PROBLEM!

Birds of prey have a very special characteristics, they can regurgitating the indigestible parts of their prey (such as bones, scales and fur) in the form of pellets. Pellets are usually expelled within the 24 hours of the end of the meal but sometimes longer time is needed. The raptors eat meat but also plumes, fur and bones so they can better absorb the food nutritional content. These "pellets" are plentiful and easy to interpret, and are often used to study these predators diet.

OUR BIRDS OF PREY

The Euroasian eagle-owl lives in Africa, Europe and Asia. He prefers to live in mountainous regions so he can reach an eight of 2000 m and find an appropriate hiding place.

He can be found in alpine forests, steppes and urban areas, where during the daytime he hides inside walls cracks. He hunt birds, and small mammals and sometimes he can hunt also other diurnal or nocturnal raptors. He flies almost silently due to his special feather structure that reduces turbulence. He has particularly acute hearing.

The snowy owl is found in Nothern Europe and in the central of the United States and Canadian regions. The Snowy Owl prefers to live in open areas with few trees. In the Arctic, they live in tundra, but also inhabit grasslands and open fields. Snowy Owl loves to eat lemmings, voles, and other small rodents and need to eat several a day just to survive. While most owls are active mainly at night, the Snowy Owl hunts during the daytime, particularly in the summer when days are very long.

Barn Owls are the most widespread of all the owls and one of the most cosmopolitan birds around. He can be found living in North America, South America, Europe, Africa, India, Southeast Asia, and Australia. He is unable to survive in extreme polar regions due to the severity of winter weather and lack of food availability. Barn Owls hunt rodents, birds, fish, reptiles, and insects. Barn Owls often hunt on the edges of woodlands. Barn Owls have been associated with bad omens and even death. Unfortunately, these misconceptions have caused many people to mistakenly fear Barn Owls and sometimes harm them. Indeed barn owls are farmer’s best friends as they are preying primarily on rodents, they are highly effective at controlling mice and rat populations that can damage crops and spread disease to domestic animals and humans.

Peregrine Falcons live and breed on every continent in the world except Antarctica. Deserts, seashores, mangroves, wetlands, tundra, grasslands, dry forests, scrubland, and craggy mountains are places one might find a Peregrine Falcon. The Peregrine Falcon hunts it diving at speeds of 350km/h. The falcon closes its feet, and uses them to knock the prey out of the sky. They can catch their prey in the air with fast pursuits, rapid dives, and other impressive aerial maneuvers for which these falcons are known and admired (this is the main reason for which they still one of the most popular birds in the sport of falconry.) A couple of Peregrine Falcons can stay together for their entire life.  The female lays three or four eggs which are incubated for about 28-33 days. In just 5-6 weeks, the falcons are fully feathered and ready to fly but they remain with their parents for a few months before leaving the nest.

He lives mainly in Africa; In Europe he is limited to the Mediterranean area. The majority of the European population lives in the south regions of Italy where he found the best climate to survive and the urbanization is not so developed so he can find spots where to build his nest. It is a endangered specie so the reproduction programs in a control environment are very important.

The Saker Falcon occurs in Oriental Europe, Asia and Africa. He lives in steppe, open grasslands and highlands over the 3000 m. He is strong and aggressive and he is very much appreciate in the Middle Est falconry.

The Harris's Hawk is found throughout much of the Americas. They eat mammals, such as rats, but also take birds, such as pigeons, and snakes and lizards. They also feed on carrion – animals that are already dead. These interesting raptors may hunt from a perch or by flying along edges or through open vegetation, either pouncing on prey from flight or dashing in pursuit of birds. His nickname is “wolf falcon” as he often hunt in family groups. Usually the male hawk will flush the prey out while the female is waiting, ready to pounce. Once the quarry is caught, the birds take turns feeding.

The White Tailed Eagle is found in Northern Europe and Asia. She lives near ponds, usually along wild sea shore and rocky islands, lakes, big rivers, marshlands and estuaries. They mainly eat fish even if sometimes they eat animals carcasses. In Italy this bird is extinct due to the lack of wild seashores and the destruction of the forests, marshlands, estuaries and water contamination.

The African Fish Eagle is distributed far and wide throughout Africa and is generally found living next to bodies of water of almost any type and size. This beautiful bird of prey can be seen perched on trees or other prominent sites near ponds, estuaries, lakes, rivers, streams, coastal waters, and wetlands. African Fish Eagles eat a wide variety of fish. They catch their meals from the surface of the water, then fly up to a perch to feed. They have white head and tail and because of that they are confused with the American Eagle. It is not the bigger eagle of the world but it is certainly one of the most beautiful one and the easiest to see and hear: the African Fish Eagle’s loud distinctive call is an iconic sound of Africa.

The tawny Eagle lives in Europe, Asia and Africa. She prefers desert or semi-desert areas, steppes and savannas, she avoids woodlands and areas full of vegetation. She can be found from 0 to 3000 m of height, during migration even on higher level. She mainly eats birds, snakes and small mammals; she often steals prey from other smaller raptors like the kestrel or bigger ones like the Martial Eagle. She can eat carcasses or other raptors vomit.

The Hooded Vulture lives in sub-Saharan Africa and mainly eats carcasses that he is able to identify flying at high altitudes and using his sharp sight. Where it occurs with other vultures, this species is at the bottom of the dominance hierarchy. It is often the first to arrive at a carcass, but gives way to larger vulture species once they appear. Mundy (1997) suggested that the avoidance of dominance may be one of the main reasons for its relative abundance at anthropogenic food sources, which larger vulture species may be too cautious to approach.

The White-Headed Vulture lives mainly in sub-Saharan Africa. He is not strictly a large carrion-feeder, as its diet also includes small, helpless animals, including lizards, snakes, and insects, and it also pirates the prey of other predatory birds. This is often the first vulture to discover a large carcass thanks to his exceptional views. This is the most solitary of the African vultures, usually seen singly or in pairs. 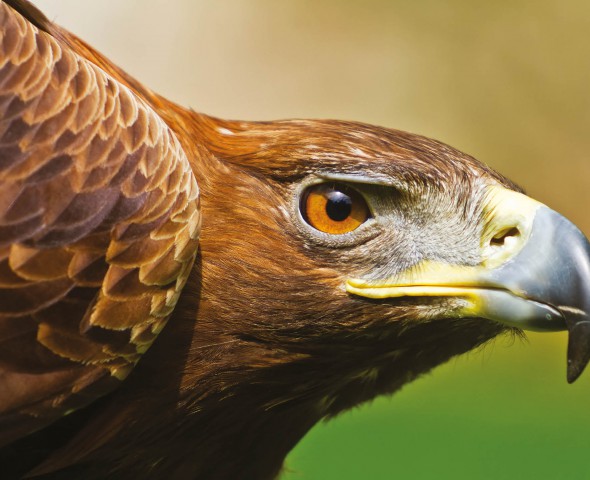 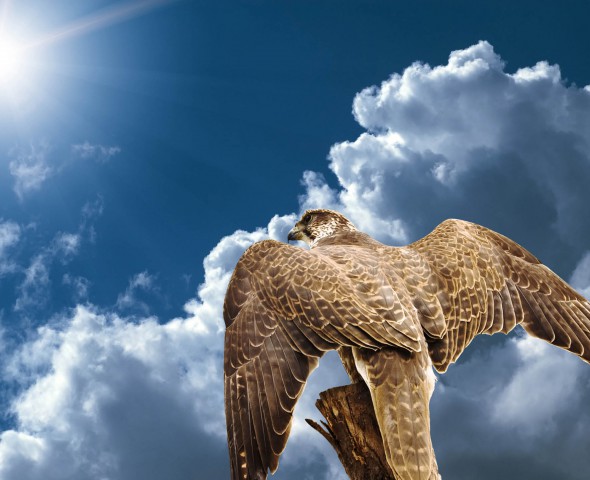 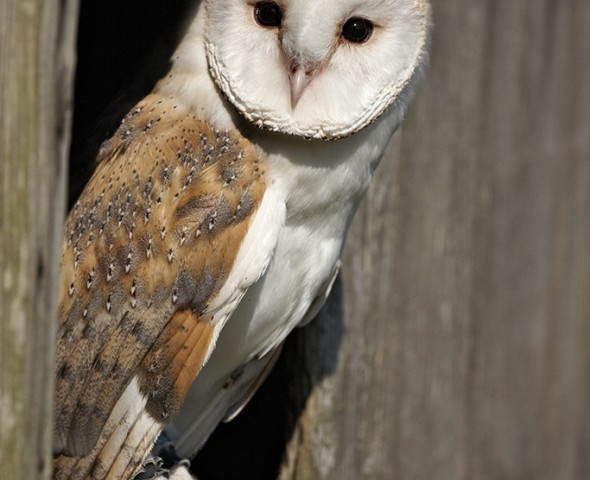 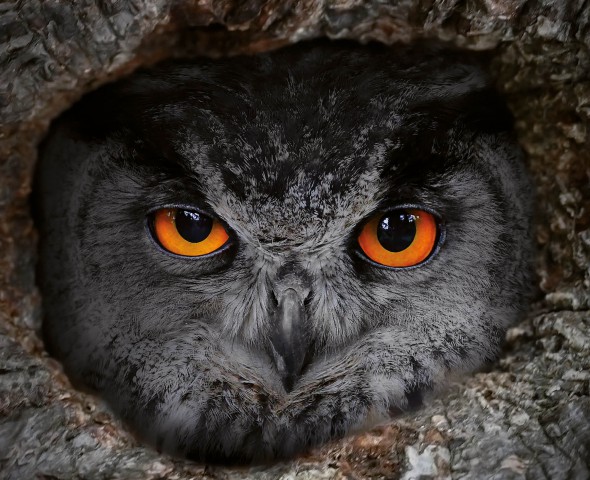 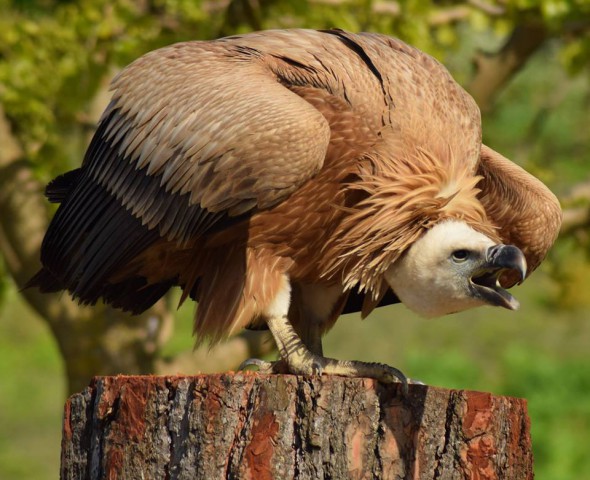 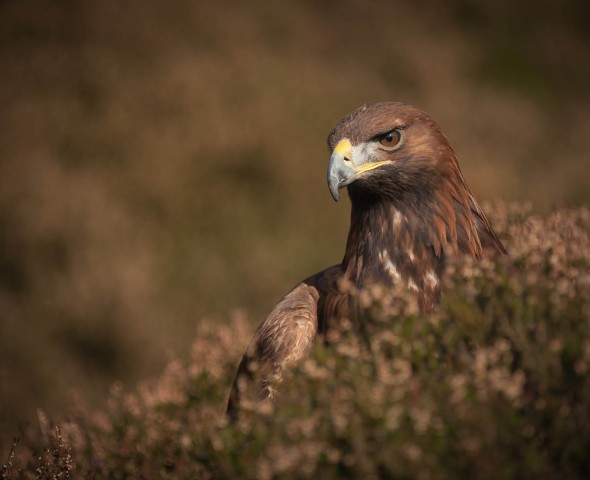 Buy now
and save with tickets online!