In 2010 Falconry was recognized by UNESCO as an intangible cultural heritage of humanity. 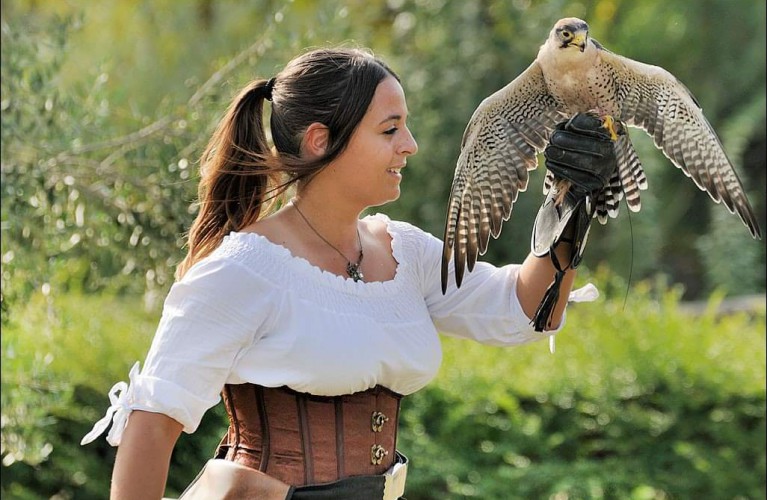 In 2010 Falconry was recognized by UNESCO as an intangible cultural heritage of humanity.
Falconry is the art of hunting with the falcon. It has very ancient origins; the first records date back to 3000 BC and come from an area of Central Asia between China and Mongolia. From here the flow of diffusion of falconry followed two main directions: one leading to Europe, and the other to Asia Minor.

As for Italy, Falconry has come through two roads: from Sicily, by the Arabs and Normans, and from Germany. The first Norman lover of Falconry in Sicily was Roger II, but Federico Barbarossa was also an excellent falconer.

In the Middle Ages and the Renaissance, falconry did not remain the prerogative of lords and ladies, but began to be practiced also by bishops and abbots.

Falconry has had in the life of the most illustrious families, for the space of about four centuries, an importance such as today would be difficult to imagine, since nothing is similar in our modern customs.

Today Falconry is no longer the prerogative of a specific social class. The only thing required is respect for the animal and an accurate knowledge of its needs as well as a deep passion rooted in the conscience.

The essence of falconry training, as the master falconers of Oltremare teach us, lies in the rapprochement between man and bird of prey so it is based on trust and friendship.

Nothing is taught to the animal that it would not already be able to do in nature; it is necessary to make sure to be more interesting to him than his surroundings and this is achieved with the help of tools that simulate real prey. Only the skill of the falconers and the friendship between them and the birds of prey can keep these unpredictable fliers from leaving.

An invisible thread seems to exist, which binds falcons and falconers. The invisible thread can break at any moment, just one wrong move, a strange noise, a strong gust of wind and the spell disappears. These animals are and remain wild, ready to escape at the slightest sign of danger.
The extraordinary thing about this art is precisely being able to dialogue with birds that are emblematically among the wildest and most free on the planet.
prev
The Mill of the Owl
next
The tools of the falconer

Buy now
and save with tickets online!